When we trade financial products, the number one barrier is terminologies. In addition, even general terms we use in our lives in the financial world such as stock, forex, cryptocurrencies may have different meanings. In such a case, this site has prepared a convenient term dictionary. It’s a small thing, but please refer to it when you want to find out glossaries with one hand for all investors from beginners who have just started trading to experienced people.

A statistic which indicates current economic growth rates and trends such as retail sales and employment.

An attempt to summarize the effects on a country’s trade balance of its currency’s changes against other currencies.

In the Euro Interbank deposit market where both bid and offer rates for a particular period are the same.

The change in the price of an option associated with a 1% change in implied volatility (technically the first derivative of the option price with respect to volatility). Also referred to as eta η, vega, omega ω and kappa κ.

A computerized settlement and depository system for safe custody, delivery of, and payment for Eurobonds.

A long-term loan issued in a currency other than that of the country or market in which it is issued. Interest is paid without the deduction of tax.

A currency domiciled outside its country of origin normally held by non-residents.

US dollars deposited in a bank (US or non US) located outside the USA.

Deutschmarks traded on the Eurocurrency market.

An option that can be exercised only on its expiration date rather than before that date.

The group formerly known as the European Community.

The potential loss that could be incurred from an adverse movement in exchange rates.

A limit on the number of options contracts a holder may exercise within a specific period.

The formal notification that the holder of a call (or put) option wishes to buy (or sell) the underlying security at the exercise price.

(1) Options – the last date after which the option can no longer be exercised.

The month in which an option expires.

The total amount of money loaned to a borrower or country. Banks set rules to prevent overexposure to any single borrower. In trading operations, it is the potential for running a profit or loss from fluctuations in market prices.

When we trade financial products, the number one barrier is terminologies. It’s a small thing, but please refer to it when you want to find out glossaries with one hand for all investors.
Sponsor
Glossaries：D
Glossaries：F
0 0 votes
Article Rating 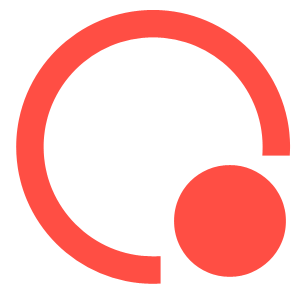